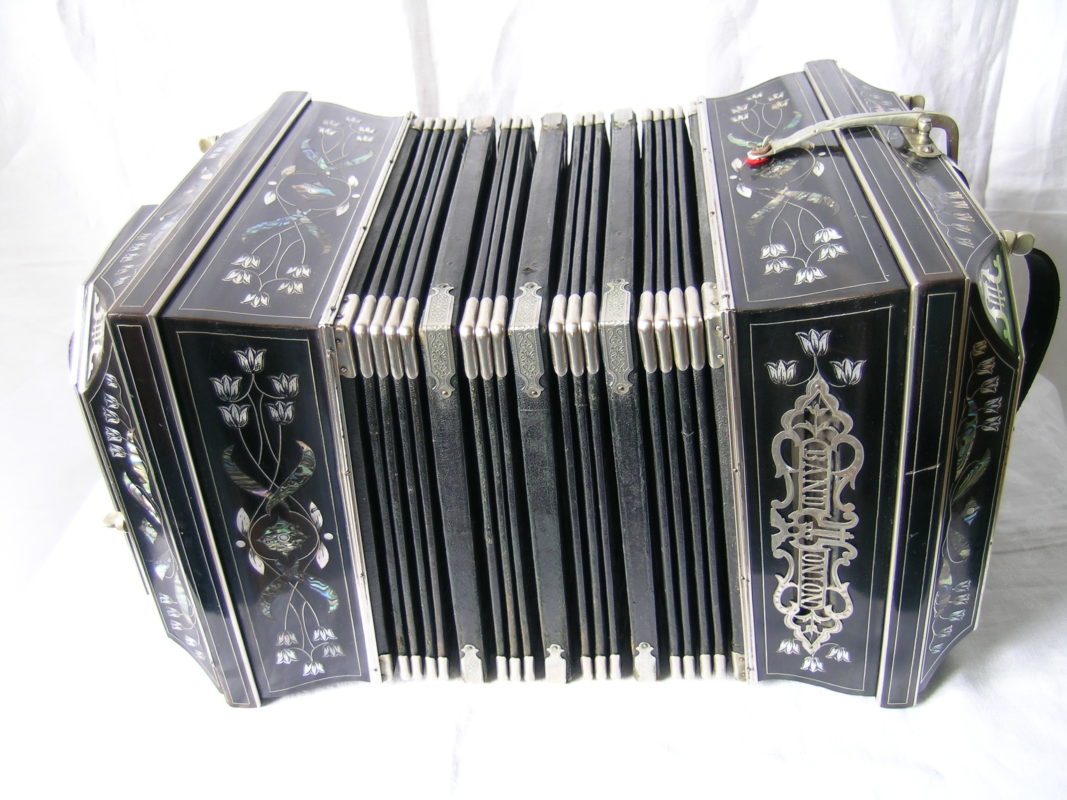 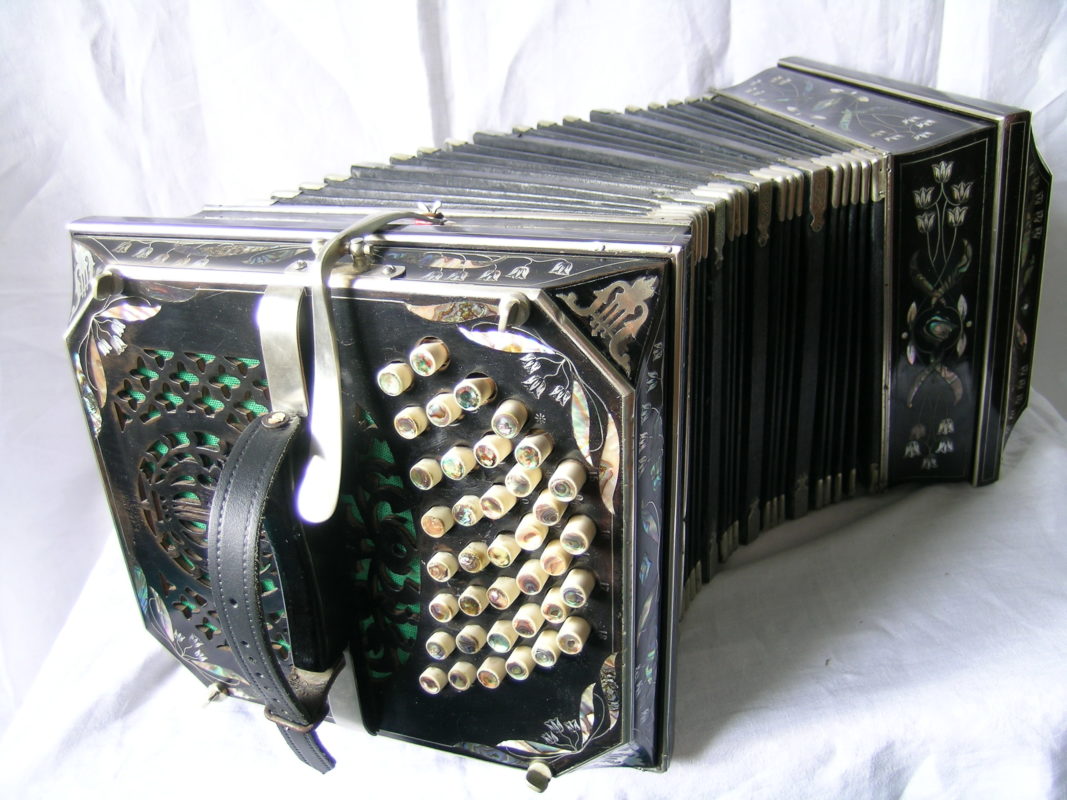 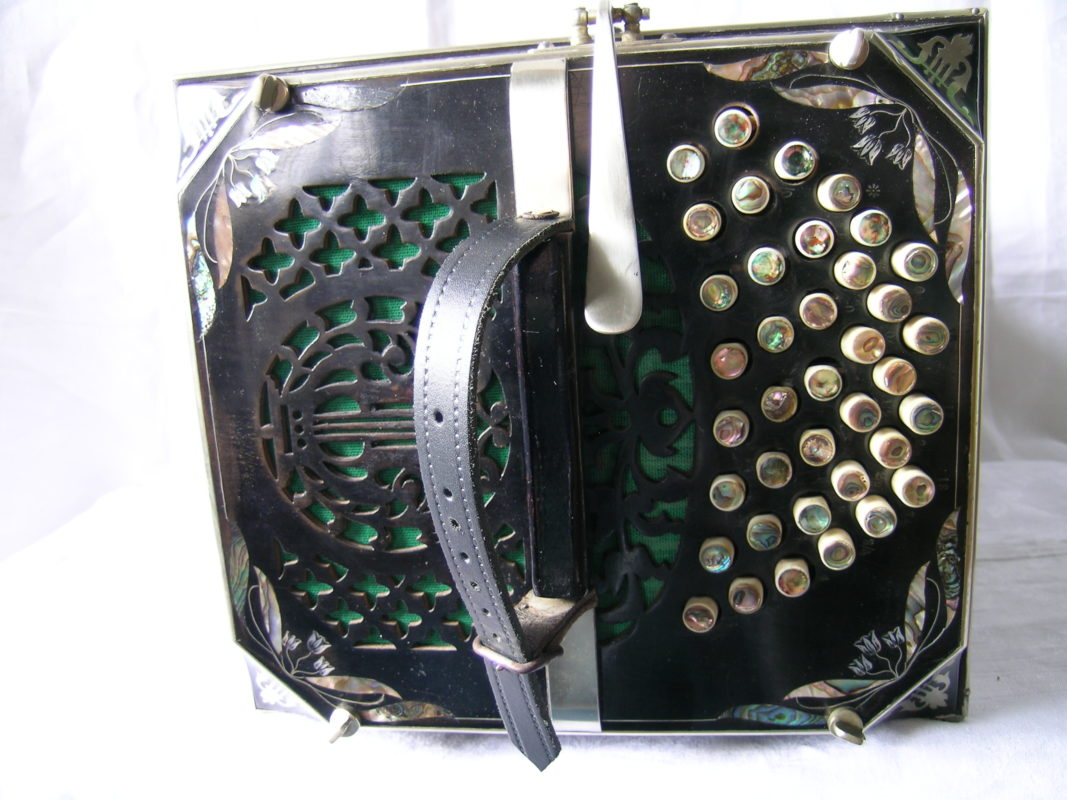 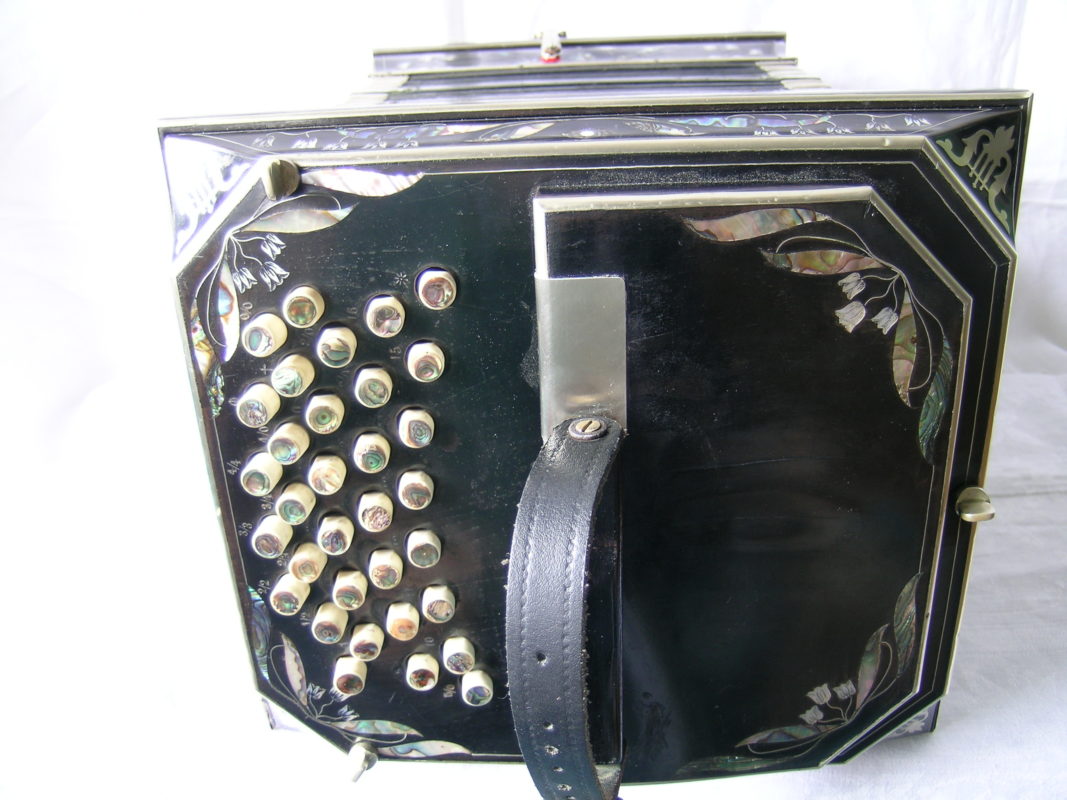 Unique 142 tone ELA (Ernst Louis Arnold) bandoneon, model Louis XV, in a particularly elaborate design with a unique mother-of-pearl decoration, no year of construction indicated inside, I estimate it was built before 1920 due to mechanical details, this bandoneon was converted from a 130-tone to a 142-tone bandoneon to ensure modern playability and practicality, it is now a fully-fledged 142-tone bandoneon, two-chord, bisonoric, in the Argentine (Rheinisch) system, the conversion was done by Tis Marang in the Netherlands, the tuning was also newly set to 442 Hz, the buttons are original (six were added), the bellows is also the original bellows with marbled paper, the bandoneon is in a very good state of preservation and impresses with its extraordinary appearance and particularly warm and sonorous sound, it does not roar loudly, but sounds very nice and can also be played sharply, but the basic character of the tone is warm. It comes with a hardcase or a carrying bag (as desired). Probably a special model which ELA built for a customer on request or an anniversary model built for a round company anniversary. Unfortunately, there is no information about it in the instrument or from the previous owner. An ELA stamp could be seen in the old tattered hardcase.

The price is a net price plus statutory VAT (19%) within the European Union. When selling to non-EU countries, the net price is the sales price!