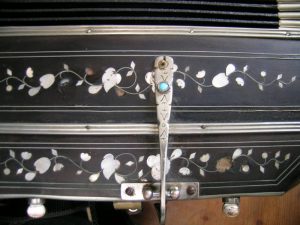 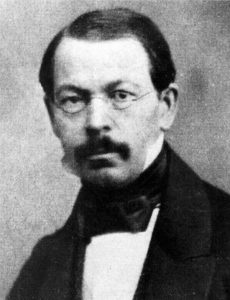 The bandoneon is a musical instrument that was developed and built in Germany. Its sound, which is created by free-swinging metal reeds, has already enchanted many people so that the desire arose to learn this instrument. The name ‘Bandoneon’ or ‘Bandonion’ goes back to Heinrich Band from Krefeld, who (with others) extended the concertina in the mid-19th century so that playing all the keys was possible.

The bandoneon provides the typical sound in the Argentine (South American) tango music. How it came to Argentina and Uruguay, where the tango was born, is unclear. The legend tells of a sailor who had to leave his brought bandoneon as payment in a brothel. But it is certain that around 1900 many german emigrants also emigrated to Argentina to seek their fortune there. Since the bandoneon was in Germany a much played instrument, it is not surprising that it was also brought to the new home. It soon enriched Tango with its yearning sound, which fits wonderfully with this music, which has a lot to do with melancholy, heartbreaking and longing.

The bandoneon belongs to the family of hand-held instruments. These include the  concertina, the accordion and the harmonica. The bandoneon became a popular folk instrument, even in small churches it could replace the organ. It was easy to learn, even without the knowledge of music theory, using a certain number and sign system (Wäscheleinensystem). In Germany many bandoneon orchestras was founded. More than football clubs before the Hitler dictatorship. Especially in the field of working people. Since these orchestras were generally politically left-oriented, they were banned in the so-called ‘Third Reich’ by the Nazi government. That was the end of the Bandoneon’s popularity in Germany. After World War II it was used only sporadically in popular music.

Quite different it was in South America, where the tango without the bandoneon was unthinkable. There it was still played and worshiped. Most of the instruments exported to South America were produced in a small town in the Erzgebirge: Carlsfeld in Saxony. From about 1864  Ernst Louis Arnold (ELA) produced there harmonicas, concertinas and bandonions. In 1910, the most famous of all bandonion factories, the manufactory Alfred Arnold, was founded. Bandoneons by Alfred Arnold became famous under the name AA, Doble A , Premier and Campo. Their sound is still the reference sound for all bandoneons that were built after. Alfred Arnold and ELA  (with the models for export America and Echo) exported tens of thousands of bandoneons to Argentina and Uruguay. Other smaller manufacturers also entered this profitable market Meinel & Herold (Tres B), Hohner (Tango and Cardenal built by ELA) and Gebr. Meinel. Requested in South America was only the 142-tone (sometimes also 152-tone) bandoneon in octave tuning, bisonoric (different tones on pull or push) in the rheinisch (Argentine) key arrangement. The in Germany mainly played 144 (128) tone Bandonion remained in Germany. Alfred Arnold built a modern factory where the requested quantities could be produced on time. Individual production lines have always been manufactured at home. Until 1948 bandoneons have been built in the AA factory in Carlsfeld, after that a state-owned company took over the production of e.g. industrial bellows. ELA produced until 1950. The company Arno Arnold from Obertshausen until 1970 built bandoneons, but these instruments were no longer very popular with tango musicians. Very soon conical reeds were installed, which produced a more accordion-like sound. Thereafter, the production of bandoneons ended in Germany for a long time. Now there are several new bandoneon manufactories in Germany (Premier, Klaus Gutjahr – Berlin, Uwe Hartenhauer, Bandonion and Concertina Factory – Klingenthal, Robert Wallschläger – Carlsfeld). To reach the sound of the old ‘AA’ is always the (until now unreached) aim. 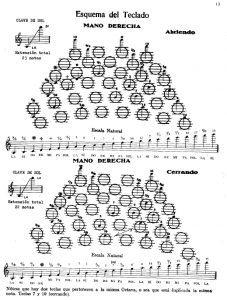 Typical for the bandoneon is to be bisonoric, when opening the bellows on the same button a different tone is generated than when pushing the bellows. For the folk music chord this is an advantage. In the center area, from which everything has been developed, is a G major in pushing almost identical to a D7 while pulling, an A major with an E7 – that makes perfect sense. Only through the additional arrangement of more and more tones, the bandoneon became the ‘chaotic’ instrument, as it is so often decried. The first bandonions were built with 56 tones, relatively logical system, later with 142 or 152 tones, the logic was only noticeable in the center zone. Later clever minds did think about conquering the chaos. They created the unisonoric bandoneons in different systems, all with the aim of easier learning and playability. In Argentina, however, the Rheinisch system stayed the ‘Tango-system’. Therefore, it is the system that tango musicians prefer, not only because many many music sheets and bandoneon tutors, e.g. with fingerings are related to this system. Also, only a few bisonoric 144-tone Einheits-Bandoneons were built, often three- and four-chord, more emulate the accordion instruments. Sonically, these have little in common with the desired tango sound. Even in classical music, which can be played very nicely on the bandoneon, a bisonoric octave tuned instrument is much more appropriate.

Buyers receive, together with the desired bandoneon, a collection of bandoneon schools and many scores for solo bandoneon on DVD. So beginners can start practising and playing at once!